We mix grain and water with enzymes in the mash tun, and cook it. This is called mashing, and it converts as much starch as possible into sugar.

The mash then gets pumped into one of our fermenting tanks, and yeast is added. In somewhere between three to seven days, the yeast converts the sugar into alcohol. This is “distillers’ beer,” and it’s usually about 5 to 15% alcohol by volume. 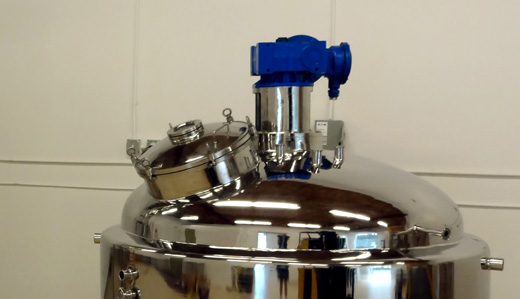 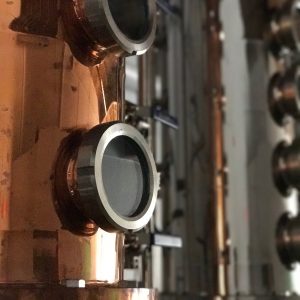 This “beer” is pumped into the still, and we slowly bring the temperature up to boiling. Alcohol boils at 173 degrees, while water doesn’t boil until it reaches 212 degrees. Since they are blended together in the beer, they evaporate out at different temperatures. Think of it as a race – the alcohol vapor goes through the pipes and then through the columns, faster than the water vapor does. Most of the water vapor condenses and falls back into the still.

The vapors go through one or more of the columns, depending on what type of alcohol is being made. At the end of the row, the last column is filled with cool water in pipes, and it condenses the vapor into liquid alcohol.

The very first liquid alcohol that runs out through the “parrot” contains bad-tasting and toxic chemicals, and needs to be discarded. This is known as the “Heads.” When that has passed through, the Distiller collects the “Hearts,” which is the good stuff! At the end of the run, there is more water coming through with the alcohol, and this part is known as the “Tails.” The alcohol collected as the Hearts is up to 95% alcohol by volume, and this is what becomes the basis of the distilled spirits. 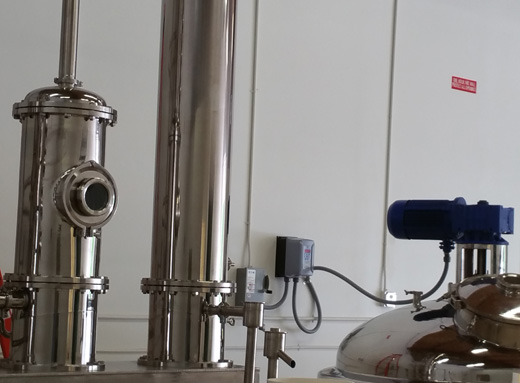